Based on our common European origins and roots, the need for understanding between peoples and the need to exchange cultures, the cooperation between the young people of Europe, the so-called Next Generation EU, which will shape the next day in Europe, is more important than ever.

The creation of the Committee of Young Elected Europeans in Cities and Regions, known as European Local Leaders (ELL) is a first in Europe and is a European initiative, with elected young people from all over Europe.

In an effort to promote and contribute to a better future for local governance, we are creating the first European Council of Young Local Leaders (ELL) for young elected leaders in cities and regions across Europe, to discuss the problems of local governance in all parts of Europe, to propose solutions by sharing good practices and to give them the best possible tools and knowledge, helping them to become the young European leaders of tomorrow.

From today, hundreds of young people involved in local government in Europe – elected in cities and regions across Europe – will have the opportunity to come closer and understand  better the different cultures that make up Europe’s cultural unity.

The exchange of good practices between European regions and municipalities is more important today, as technology allows the faster development of innovative practices and applications from one European city to another.

Europe’s young leaders should become stakeholders in changing Europe, with the young generation ahead, ELL Under40, under the greatest pressure and called upon to carry the greatest burdens for the Europe of tomorrow, in order to make our cities modern and innovative.

Climate change, smart cities, the use of new technologies, robotics and artificial intelligence, urbanisation, in conjunction with environmental protection, as well as tackling social inequality, should be the priority of the new generation of elected officials in Europe’s cities, where sharing good practices and know-how from other cities is the only way to make our cities innovative and more creative.

Digital governance, e-government, e-services, cycling networks, electromobility, renewable energy and greenery are at the forefront, as our own European history, our human potential, our European heritage, demand that we lead the way to make Europe stronger and more powerful for tomorrow.

The Executive Committee of European Local Leaders (ELL) consists of 100 +1 members from more than 30 countries in Europe, with gender (women and men) represented on an equal basis and in equal numbers.

They are young mayors and young municipal and regional councillors up to 40 years old, from as far away as Rovaniemi in Lapland and Reykjavik to Athens and from the Atlantic coast in Portugal to Belfast, Dublin, the Baltic and the Carpathians.

For a strong and fair Europe! 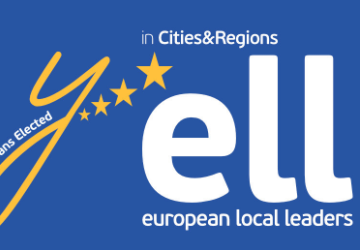 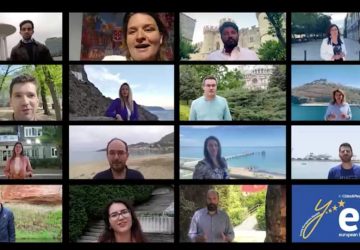